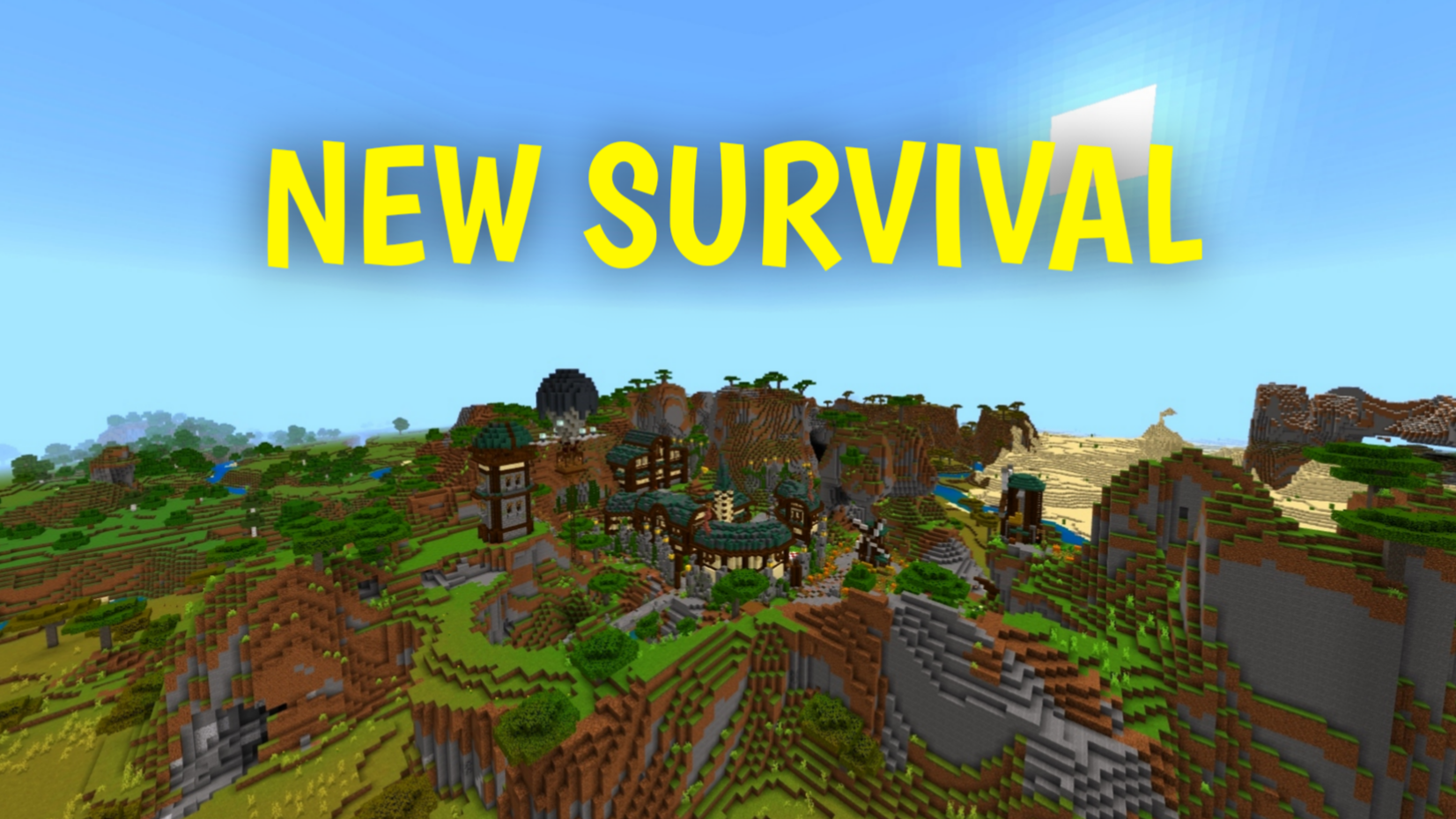 During the last few months full team has been working really hard to get our promised update ready. About an year ago we have announced the planned world reset of the survival server. But it turned out that it isn’t that easy as it looked like. There were a lot of challenges to be completed.

When we firstly announced the reset our servers were running under the version name network-v1. The every single part of our code was changed at least a bit during this time and we are currently running under network-v3. But we haven’t only fixed a bunch of things, we have also created a lot of new features including and not limited to: custom mob animations, path finding algorithms, custom blocks support, custom items support, new moderation tools for our staff and even more!

Implementing all blocks comes hand-in hand with vanilla world generations. Because we wanted to support vanilla generation, we firstly had to implement all the missing blocks. As for now our server base game version is Minecraft 1.16, which means we have implemented almost all blocks included in release of this version.

Over this time we also got our hands on custom player statistics that help up understand what is happening on the server and tells us when something isn’t right. Thanks to this data, we are now able to solve things even faster!

Since the beginning we were aware that the world generation is the most important part of the all survival servers. The previous generation was not even close the the vanilla Minecraft and we wanted to change it.

During the early days of the development we spent quite some time by experimenting with our custom generation and were trying to create awesome world without copying vanilla generation. But … it wasn’t Minecraftish enough. Therefore we have decided to use fully vanilla generation with few of our tweaks.

At the end we got fully working pre MCBE 1.18 generation and have already plans to add support for 1.18.

Because most of the players had really a lot of coins that came from the previous survival server, we needed to reset the coins for everyone. We have also changes few of our mechanics in order to prevent the inflation happening again.

For the first days or maybe weeks the survival shop is disabled in order to see how the economics situation evolves during this time. To set up correct prices and add only the right items to the shop, we firstly need to patiently watch the whole situation.

We have also removed /sell command, which was the main reason of the inflation. You can now instead trade the items between players without adding any new coins to the circuit.

The spawners were also committing to the inflation by a huge percentage. Therefore we have decided to make the spawners only work as they do in normal vanilla - when you break spawner, it doesn’t drop. Spawners can be only found in caves, not in the shop.

Learnt from the past, since the reset we are actively watching the economy situation on the survival server and are ready to take any steps in order to prevent crisis. We will be carefully adding new ways how can players safely achieve more coins while making sure everything works fine.

There are several changes and additions to our survival server that we believe will make the game more enjoyable. Some of the changes might for regular players seem bit more drastic, but we have our reasons for this or the related change may be part of some larger update :O

The new survival map was divided into several three zones while each have different rules. In some of them you are not allowed to create land, home or even teleport! Creating this zones was for us an important part of the update.

Only the best of the players will make it to the dangerous zone. If you have already got there, you won’t come back. Or will you? Psst. Dangerous zone is not only dangerous because we call it “dangerous” something evil might be waiting there.

We have increased the player land limit to 80 blocks in both directions for normal players and to 150 blocks for VIP players.

Those who like to join our server every day, will now get reward! The longer you join without any breaks, the better rewards you get!

We have removed or just temporary removed few of the features from the previous survival. The featured which were permanently removed had either a bug inside, which was not possible to solve or we needed it to be removed to let our plan for something big working.

You can now freely change your XBOX username without loosing any of your survival progress.

The next part of the update which will be soon is adding Nether world. Yes, the 1.16 vanilla Nether! If you haven’t already found the way how to make some coins in survival, don’t worry spawn villagers will need you help and will not hesitate to pay for it.

More in the future we have planed some really cool updates for both survival and minigames part of the network. Something new that will connect whole network from lobbies to the survival is being draft. You can surely expect something large to be happening in the dangerous zone. But also check for the changes in our main Hub. The clocks are ticking and you need to get ready before it’s too late!

We are preparing an article where you can discover more about the new survival, our tips, new mechanics … Stay Tuned!

Are you sure you want to delete this comment?